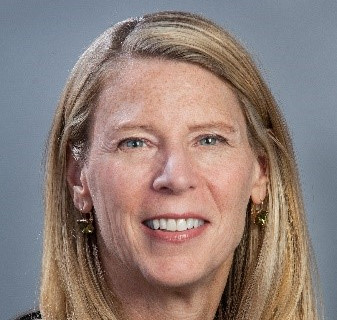 Carolyn Miles is currently teaching humanitarianism at Maxwell School of International Affairs at Syracuse University. She is also a member of the newly formed Sustainability Council at Bayer AG, advising the Board on sustainability matters. She served as Chief Executive Officer of Save the Children, an organization that gives children in the United States and around the world a healthy start, the opportunity to learn and protection from harm. Serving over 150M children worldwide, Save the Children committed to driving down the numbers of preventable deaths of children under 5, ensuring every child gets a high-quality basic education and protecting all children from harm.

Miles joined the U.S. organization in 1998, was COO from 2004-2011, and became President and CEO in September 2011, retiring in January 2020. Under her senior leadership, the organization more than doubled the number of children it reached with nutrition, health, education and other programs. Resources were over $830M in 2019. Miles' signature issues include gender equality, hunger, learning outcomes, and ending preventable child deaths.

Prior to Save the Children, she worked in the private sector in Hong Kong for American Express and as an entrepreneur. While in Asia, she confronted the deprivation of the region’s children, which motivated her to dedicate her life to their welfare.

In addition to her current service on the UVA Darden School of Business Board, she served as the Co-Chair of the US Global Leadership Coalition (USGLC) and Chair of InterAction, the largest coalition of US-based NGOs. In 2015, Miles was named one of the 50 World's Greatest Leaders by Fortune magazine and inducted into the CT Women’s Hall of Fame. In 2017 she received the Distinguished Alumna Award from the Maxine Platzer Lynn Women’s Center at the University of Virginia. In 2019, Miles received the Jonathan M. Daniels Humanitarian Award from Virginia Military Institute.  Miles is married with 3 children.