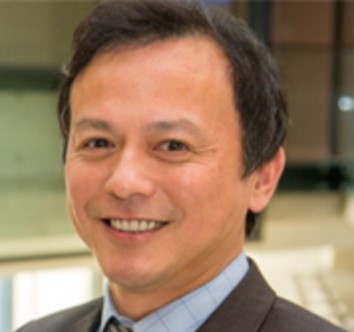 Dean of the School of Public Health, University of California, Berkeley

Dr. Lu possesses decades of expertise in maternal and child health policy. He is currently dean of the school of public health at the University of California, Berkeley, and previously a senior associate dean at the Milken Institute School of Public Health at George Washington University.

Lu served as director of the federal Maternal and Child Health Bureau under the Obama Administration. During his tenure, he transformed key federal programs in maternal and child health, and launched major initiatives to reduce maternal, infant, and child mortality across the nation. He oversaw the launch and expansion of the federal Maternal, Infant, and Early Childhood Home Visiting (MIECHV) Program. For his leadership, he was awarded the prestigious U.S. Department of Health and Human Services’ Hubert H. Humphrey Service to America Award in 2013.

Prior to his public service, Lu was a professor of obstetrics-gynecology and public health at UCLA, where his research focused on racial-ethnic disparities in birth outcomes from a life-course perspective. He co-directed the residency program in obstetrics and gynecology and a training grant in maternal and child health, and received several prestigious awards for his teaching. As a practicing obstetrician for nearly two decades, he has attended more than 1000 births, and has been voted one of the Best Doctors in America since 2005. Lu has served on three National Academy of Medicine Committees, and co-authored the recently released report  Vibrant and Healthy Kids: Aligning Science, Practice, and Policy to Advance Health Equity.

Lu received his bachelor’s degrees in political science and human biology from Stanford University, master’s degrees in health and medical sciences and public health from UC Berkeley, medical degree from UC San Francisco, and residency training in obstetrics and gynecology from UC Irvine.