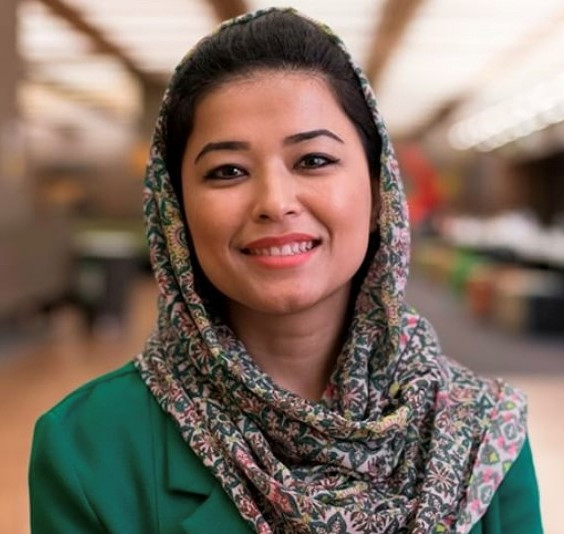 A refugee woman who fled Afghanistan and sought asylum from Australia by sea. She spent several months in mandatory immigration detention before being recognized as a refugee. Najeeba has graduated from a Bachelor of Medical Science. Najeeba has a long history of advocating on the rights of refugee women, has extensive community networks and strong relationship with refugee women’s organisations and also established good networks with other stakeholders including academics, the private sector and mainstream service providers. She has been mentoring other young refugee women in effective advocacy. Najeeba has been active in documenting refugee stories and voices through regular community roundtables and consultations and in presenting these concerns and key international advocacy forums. She attended the "train the trainer "training on Gender and Human Rights and since then has been providing training to different groups on gender and the empowerment of women, gender equality, women’s rights and violence against women and leadership. She has extensive international and local advocacy experience in particular working to encourage increased Government focus and donor funding to advance women’s empowerment programs. Najeeba has been the co-founder of refugee led networks including GRN (Global Refugee Led Network ) and APNOR (Asia Pacific Network of Refugees) focusing on refugee leadership and participation and their engagement into policy discussion. Since her advocacy journey Najeeba has been awarded for her work on number of times Human rights medal award, Local Citizen Award, Young Women of the west award and etc. “Leaving your country is one of the most important decisions a human being can be forced to make.”