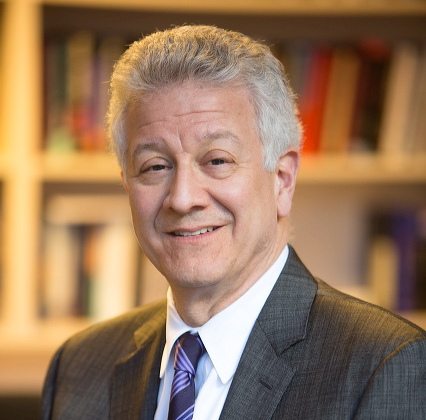 Sheldon H. Danziger is the President of the Russell Sage Foundation which supports social science research “for the improvement of social and living conditions in the United States.” He is also the Henry J. Meyer Distinguished University Professor Emeritus of Public Policy at the Gerald R. Ford School of Public Policy, University of Michigan. Previously, he was Director of the National Poverty Center at the University of Michigan and of the Institute for Research on Poverty at the University of Wisconsin-Madison.  He is a member of the American Academy of Arts and Sciences, a John Kenneth Galbraith Fellow of the American Academy of Political and Social Science and was a John Simon Guggenheim Foundation Fellow. He received his BA from Columbia University and his Ph.D. in economics from the Massachusetts Institute of Technology.

From 1989 through 2013, Danziger directed the Research and Training Program on Poverty and Public Policy at the University of Michigan, a training and mentorship program for developing the careers of emerging scholars from underrepresented groups.